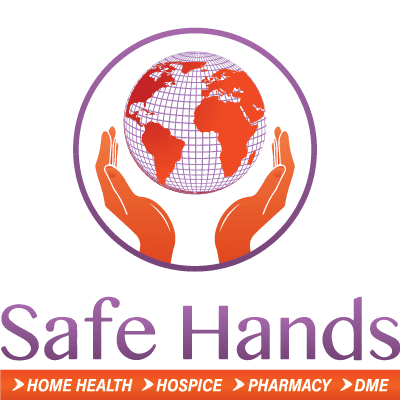 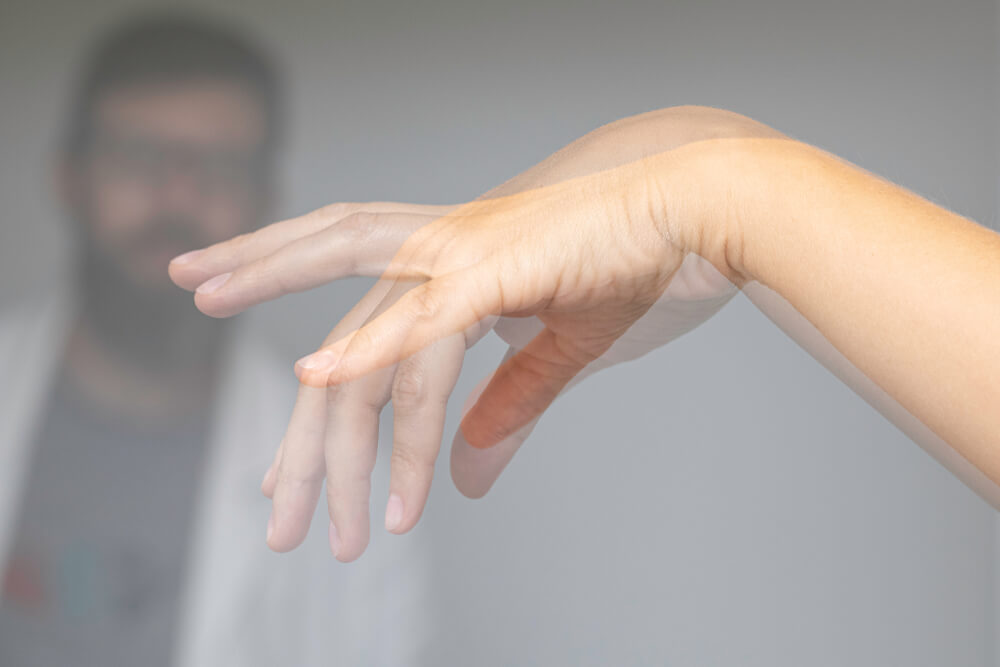 Parkinson’s disease is a chronic condition that affects both the neurological system and the physical components under the nervous system’s control. Symptoms emerge gradually. The initial sign might be a little tremor in only one hand. Although tremors are typical, the disease might make you stiff or move more slowly.

Your face may be expressionless in the early stages of Parkinson’s disease. You might not swing your arms while you walk. Your speech might become slurred or dull. As your illness progresses, your Parkinson’s disease symptoms worsen.

Even though there is no cure for Parkinson’s, medicines may greatly reduce your symptoms. Occasionally, your doctor may advise surgery to control specific brain areas and alleviate your symptoms.

A cold, the flu, or a congested nose might alter your sense of smell, but it should return once you are feeling better.

However, have you realized that you can no longer smell some meals? Ask your doctor about Parkinson’s if you notice that certain foods, such as licorice, dill pickles, or bananas, seem more difficult to smell.

After vigorous activity, under stress, or after an injury, shaking may be expected. In addition, a drug you take might be the source of shaking.

But have you ever felt a tiny tremor or trembling in your hand, chin, finger, or thumb? A resting tremor is a typical early symptom of Parkinson’s disease.

Everybody experiences nights where they “toss and turn” rather than sleep. Like this, abrupt bodily movements during the onset of sleep or throughout lighter sleep are frequent and frequently typical.

But when you’re sound asleep, do you wriggle around in bed or play out dreams? Your partner may occasionally notice or request to switch beds. An indication of Parkinson’s disease may be sudden movements while you’re sleeping.

As you age, your writing may change if you have weak vision, stiff hands, or both. Has the size of your handwriting decreased significantly over time? You might have noticed how you write on a page has changed, with smaller font sizes and words being more closely spaced out. Micrographia, a form of Parkinson’s disease, can cause changes in handwriting.

You might not be able to use your arm or shoulder as much while it heals, or a condition like arthritis might create the same discomfort.

But do your arms, legs, or body feel stiff? Have others noticed that your arms don’t swing as much as they formerly did as you walk? Moving can sometimes make stiffness disappear. If it doesn’t, Parkinson’s disease may be present. Your shoulder or hip discomfort or stiffness might be an early indicator. Sometimes, people complain that their feet are “stuck to the floor.”

Some medications can give you the same kind of serious or gazing expression, but after you stop taking them, you’ll return to your previous state.

But have others ever remarked that you always appear serious, unhappy, or crazy even when you’re not feeling that way? This practice is known as face masking. If so, you should inquire about Parkinson’s disease with your physician.

A Soft or Low Voice

Your voice may change due to a virus or chest cold, but once your cough or cold has passed, you should resume sounding normal.

Do other people frequently comment on how quiet, breathy, or hoarse you sound? Consult your doctor if you notice a change in your voice to determine whether Parkinson’s disease may be to blame. When you talk more softly, you may mistakenly believe other people are having trouble hearing you.

Everyone has experienced being lightheaded after standing up, but if it occurs frequently, you should visit your doctor.

Have you ever noticed that you frequently feel lightheaded when you get out of a chair? Low blood pressure can cause fainting or dizziness and has been connected to Parkinson’s disease.

It might be problematic in the bathroom if you do not consume enough fiber or water in your diet. Some medications, particularly those prescribed for pain, can also lead to constipation. Consult your doctor if you have problems emptying your bowels and there is no other underlying condition, such as a change in diet or medication.

But do you frequently struggle to void without straining? You should consult your doctor if you’re having trouble moving your bowels since this might be an early indicator of Parkinson’s disease.

Stooping or Bending Over

You could lean forward or backward if you’re in agony from an accident or are ill. Additionally, a bone issue may cause you to hunch over.

Do you no longer stand as straight as you once did? Parkinson’s disease may occur if you, your family, or your friends observe that you appear to be hunching, leaning, or reclining as you stand.

What Causes the Condition?

The sole known causes of Parkinson’s disease are hereditary, despite several known risk factors, including pesticide exposure. Experts categorize Parkinson’s disease as “idiopathic” (this term is Greek and means “a sickness of its own”) when it isn’t inherited. That implies that they are unsure of the precise cause.

How is Parkinson’s Treated?

Parkinson’s disease currently has no known treatment; however, many people are given dopaminergic drugs to balance dopamine levels and regulate symptoms. Strengthening muscles, enhancing balance and coordination, enhancing mobility, and preserving independence can all be achieved with the help of physical, occupational, and aquatic therapy.

Parkinson’s disease management also heavily relies on maintaining an active lifestyle. Including a range of exercises that improve strength, agility, flexibility, balance, and endurance might be advantageous. A physical therapist or personal trainer can assist in developing a safe fitness program.

Everyone with Parkinson’s disease has tremors.

Tremor is an obvious and unmistakable sign of Parkinson’s disease, making the connection between the two conditions simple. However, not everyone with Parkinson’s develops a tremor over time, and even those who do may not have one at first.

Parkinson’s disease is awful, but it is not fatal, despite what some people may still think. Unlike a heart attack or a stroke, Parkinson’s disease does not immediately cause death. Instead, a lot depends on the level of care you receive from your medical team and yourself.

You can become more prone to falls as the illness worsens, which can be harmful. Exercise and physical therapy are crucial for this reason. A further issue is an infection. Unfortunately, people with Parkinson’s disease in its later stages frequently ignore these indications and may not realize something is wrong until it is too late. That can kill you, so make sure to get regular exams.

Although it might seem like there isn’t much happening in the study of Parkinson’s disease, there have been several recent and extremely interesting advances in our knowledge of the underlying pathology and disease process. In the upcoming few years, this will translate into concrete clinical outcomes.

Aside from medication, there isn’t much you can do.

This notion that “it is what it is” and “there is nothing I can do to improve myself” are ineffective. You may do a lot, but the main thing is to stay as active as possible. According to a recent study, Parkinson’s patients who participated in weekly, hour-long exercise sessions could perform more everyday tasks than those who did not.

Parkinson’s is “only” a motor condition.

Parkinson’s disease is much more than just trembling and shaking, stiff muscles, sluggishness of movement, and a frozen or “flat” countenance. Doctors and researchers ought to pay greater attention to nonmotor symptoms, and they already do.

Dementia or cognitive impairment (often in later stages), worry and sadness, exhaustion, restless nights, and other symptoms. Nonmotor symptoms can often be more incapacitating for some people than motor symptoms, which are the main focus of treatment. To treat all of your symptoms, be sure to discuss alternative conditions with your doctor.

How Can In-Home Care Support Seniors with Parkinson’s?

An in-home caregiver might be an invaluable resource for helping elders preserve their safety and independence. As the illness worsens, a caregiver can help with tasks that become more challenging, such as preparing meals, light housework, clothing, grooming, writing, navigating the home, and leaving the house to go out in the neighborhood. In addition, they can help people keep active and exercise regularly while also providing company for socializing.

How soon after treatment does the patient feels better, and how long does it take to recover?

The type of therapies used, the degree of the condition, and other factors all significantly impact how long it takes to recover and experience the results of Parkinson’s disease therapy. Your healthcare physician is the best person to provide further information about what to anticipate from therapy. They can consider any particular elements that can alter your experiences when providing you with information.

It is fairly common for people to have Parkinson’s disease, and their chances of developing it increase as people age. Parkinson’s disease cannot be cured. However, there are several treatments available. In addition to surgery to implant brain-stimulation devices, they also contain a variety of drug classes. Many people can now live for years or even decades with this ailment and can either become used to its effects or obtain therapy for its symptoms thanks to advancements in care and treatment.

Seniors with Arthritis- A Bigger Picture